Skip to Main Content
It looks like you're using Internet Explorer 11 or older. This website works best with modern browsers such as the latest versions of Chrome, Firefox, Safari, and Edge. If you continue with this browser, you may see unexpected results.

Referencing is a way of providing evidence to support what you say in your assignments. Including lots of high-quality references makes your work stronger and will get you better marks. Referencing tells the reader that you have used someone else's work to support your arguments.

Click the 'Referencing Guides' on the side to find out how to reference in your style.

Use signal phrases to introduce sources in your text.

You must give an in-text citation whenever you include information in your work that you have taken from somewhere else. This might be a quote, a paraphrase, summary, data, image, etc.

A source can be included within your text in the form of a quote. This is a direct word-for-word copy of what the original text says.

Quotes require quotation marks "" on either side of the text, this will be followed by a small citation.

It has been argued that "crime is the outcome of an interaction between criminal dispositions and situational temptations and opportunities" (Clarke & Bowers, 2017, p. 28).

Paraphrasing is taking an idea, either written or spoken, and summarising it into your own words whilst keeping the original meaning. The paraphrase does not need quotation marks or a page number in the citation.

At the time of Jean Piaget’s investigations into children’s learning in the 1900s it was generally believed that learning was either intrinsic (coming from the child) or extrinsic (imposed by the environment or adults); Piaget felt that neither position explained learning by itself; rather it was the child’s interactions with his environment and with adults that create learning.

Example of the Paraphrased Text: 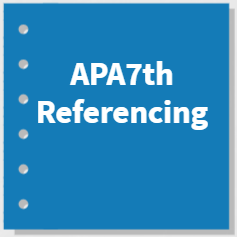 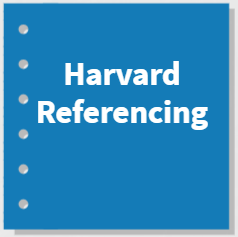 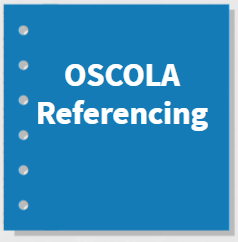 The Reference List appears as a separate page at the end of your assignment. It is a detailed list of all the sources that have been cited within the assignment.

• Each entry should have a hanging indent.

• Be aware of the punctuation and information needed for each entry, they will vary via the source.